A cassette load of memories 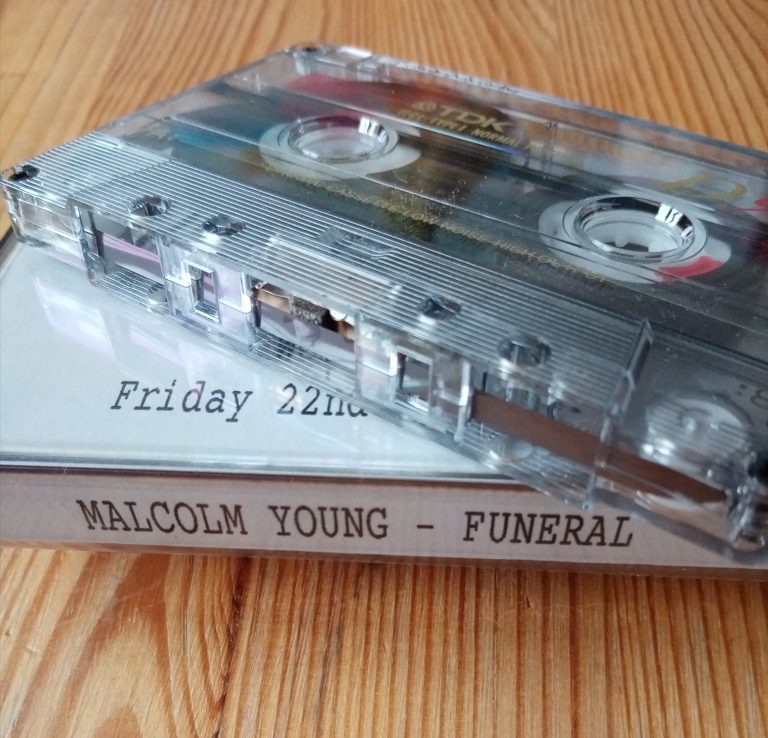 Rituals and memories are common themes at our North East London Death Cafes.

At our last Death Cafe, during a discussion about funerals, we talked about whether people film or take photos at funerals and if this is appropriate. We definitely don’t record funerals in the same way that we do other significant life events like birth and marriages. Why is this?

During this discussion I remembered that someone had actually audio recorded my Dad’s funeral back in the 1990s. I’d been given a copy on a cassette tape. I don’t think I have ever listened to it. Where even is that cassette?

The strange thing is that I can’t remember anything about his funeral. Who was there, the songs we sang, who I spoke to, where and what we ate afterwards. It’s all a blank. His death was sudden and unexpected. I guess we were all in a state of shock.

I’ve since found this cassette tape in a dusty box, pushed to the back of the loft, along with my old running spikes and a pile of teenage love letters!!  So thank you to the person who recorded Dad’s funeral. They probably didn’t realise at the time how important this would be.

I now need to find a cassette player and listen to it.

Join our next Death Cafe