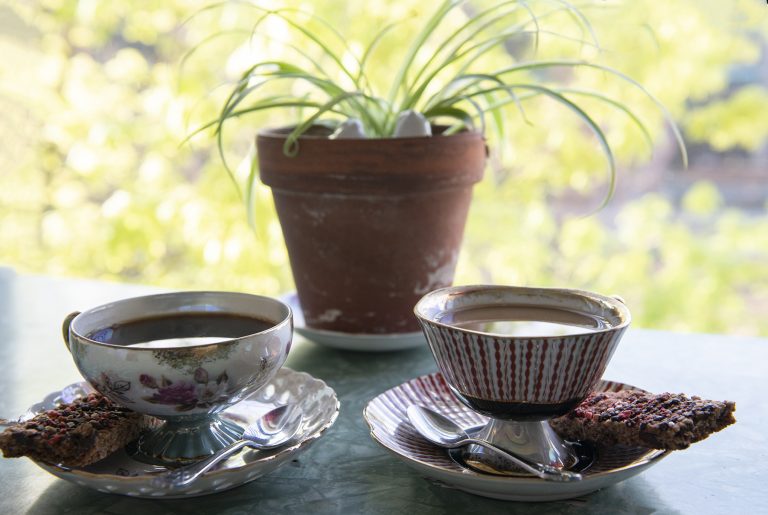 I love hosting a Death Cafe. You never know what’s going to be discussed. And, no matter how many Death Cafes you attend, no two are ever the same.

A few weeks ago, Alberta and I hosted our first North East London Death Cafe together on Zoom.  Being a virtual event meant that we Londoners were joined by people from Scotland, Ireland and Canada.  It amazes me that a bunch of strangers can come together for such a short amount of time and speak so openly and intimately about death.

So what did we talk about? From my group, there are 3 main topics that stick in my mind:

Fear of death – being terrified/petrified of dying

We tried to unpick what this fear is about. For some, it is a fear of just not existing anymore – no longer being there for their children (even though those ‘children’ may now have children of their own) and not seeing them ‘grow up’. For others, it is a fear of the dying process. It was suggested that we all read Kathryn Mannix’s amazing book ‘With the end in mind’ to really understand what happens when we die. Just voicing our fears was a great start.

Other people not wanting to discuss our death with us

What do you do when your family doesn’t want to discuss your death or your end of life plans? Plan, Plan and Plan, and then just tell them where you have stored these plans. Keep trying to initiate these conversations with them – taking small steps and not giving up. Ultimately they will be very relieved that you had the foresight and courage to plan.

This was new to me but I totally get it. It’s the process of slowly decluttering so your death isn’t such a burden for those you leave behind. This sounds like a great thing to do but people in the group shared that the process of sorting through their parents’ stuff after they had died was a significant part of the grieving process and still is, 10 years down the line. So to death declutter before I die or to leave it to those I leave behind? I am still in two minds.

The hour flew by. Most agreed that this was just the start and that we need to keep talking.

Head over to my Events page to find out when we’re hosting our next Death Cafe and join us for the next conversation.

Join our next Death Cafe